As anyone who reads this blog will know, I have been working in the University on a project that involves the use of smells to tag photos.

This has gotten me thinking about what else smell could be used for.

It occurs to me that smell, rather than being used as an input, would be better used as a notification system. The idea that shot straight to mind was an Olfactory Clock.

The use of ambient smell to mark status is one which can be done with relative ease, say 2 smells, one for AM and the other for PM. All you'd need to do is smell the air and you'd know if it was morning or night (assuming you had no grasp at all of the time of day).

A smell an hour

Say we then did this for the hours of the day, 24 different smells which represent the hour that it is. Although you don't get the fine grained information you would from a clock, you'd still know that if you'd smelt the 10 AM smell that you still had at least an hour before the big 12 PM meeting you are meant to attend.

Say if we had 24 smells for each hour and the smells for the hour bore some resemblance to that hour of the day, for example in the early morning, at say 7 AM, you would get the light fresh smell of a new day, whereas at 7 PM you would be greeted with the danker and more Autumn smell of the evening.

If we have smells which migrate throughout the day, from the fresh morning smell to the height of the day and on to the dusk/night then we can have a continuous output of the time of day, represented by the changing mixture of the smell of that time of day.

If we have this continuous output we will never be able to tell when the hours change, there's no way to chime the hour in.

Perhaps if we had silent chimes that were smelled rather than heard. A few strong blasts of that hours smell should alert anyone in the vicinity of the new hour or at least alert them that another hour has passed.

So if we can alert people to the time and the changes in the hours, wouldn't it be useful to be able to have some sort of alarm system? Yes it would!

We can do this is much the same way that we are chiming in the hours, using a strong burst of smell to indicate the event or time has been reached. This also gives us the added option to somehow link the alarm to the time or event that is being alerted. For example say an alarm was set on an ordinary clock for 12:00 PM to show it was lunch time. When it goes off you are told it is 12:00 PM but not that it's lunch time. If, however, we use a smell to tell you that it's 12:00 PM and that smell is associated with lunch time then we can give you information about the time and the event. So perhaps a smell of apples could be used to show that it's lunch time, then whenever you smell that apple scent you'd know that you should be off to the canteen to get the best choice of the muffins.

This allows us then to have different alarms with different meanings, instead of having an alarm at 12:00 PM then another at 5:00 PM you'd have a lunch related one at 12:00 and a travel related one at 5:00 to signal to you that it's time to go home.

That's all fine and well…

But how can you do it?

I've seen some papers which discuss the use of readily available (but at a large price) components that will allow you to generate smell by connecting the device to your computer via USB. These devices use wax, which is heat up, to generate the smell. A small fan then blows the smell into the air.

Something like this would be ideal, with the ability to buy different wax disks to place in the clock allowing users to customise the smell of their clock.

When I first had this idea I drew a few sketches of the idea which you can see below: 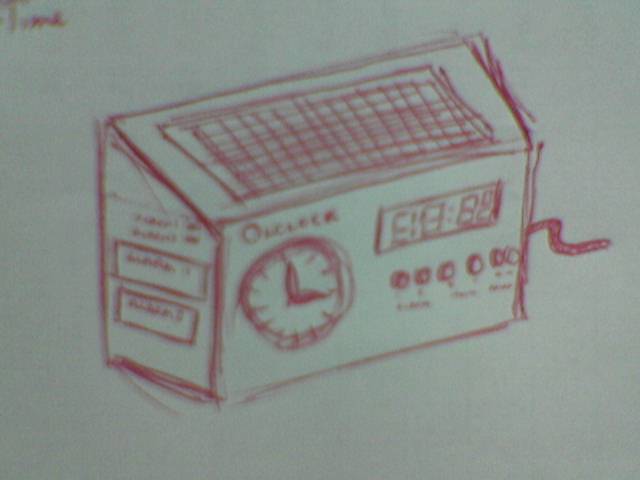 This is the main view of the clock, the grill on the top dispenses the smell into the air. 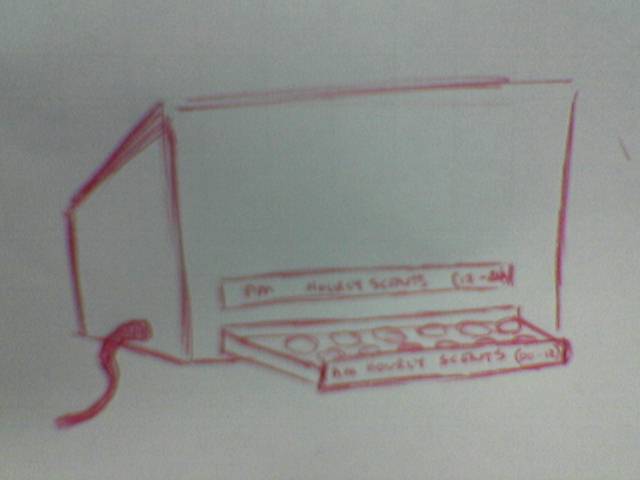 The back of the clock, it has two trays (one for AM and one for PM) into which the wax disks for the smell could be loaded/replaced. 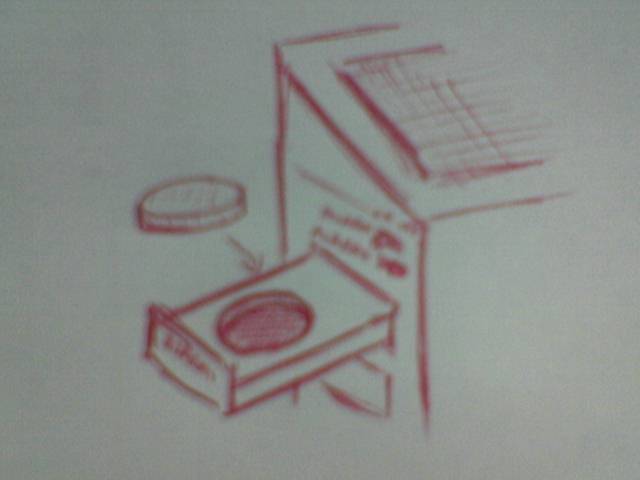 Side of the clock, with trays which would contain the wax disks used for the alarm smells. 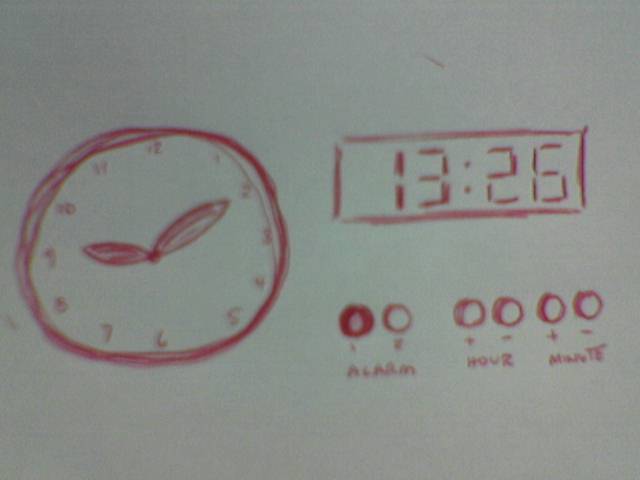 The face of the clock, with an analogue face to allow the user to read the time, also a digital one (why not). Buttons could be used to set the clock and change date times (although if the device was attached to a computer it would probably seem best to do this via a GUI rather than physically on the clock!).

Clock of the future

So there it is folks, the clock of the future! Pre-order one now, send me £1,000 in the mail and I'll send one to you as soon as the first batch rolls off.
- Chris