Well it had to happen some time, and eventually it has. Apple have released initial details at their Keynote of the new iPhone which will be a combination of the video/photo iPod and a mobile phone. 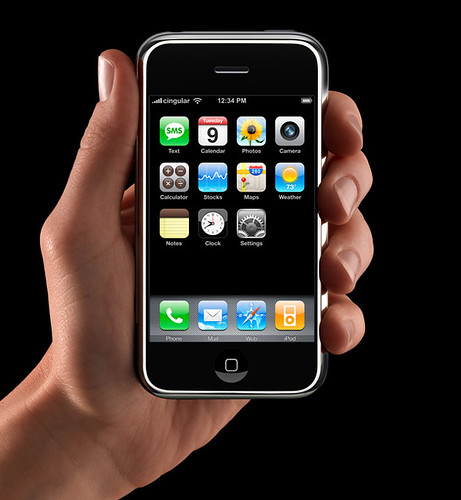 The overview given on the Apple site looks very nice. The device itself, if it works as detailed, will allow all control to take place with the use of your fingers - there's no stylus in sight. Other fine looking features are the text message displays which look like an iChat conversation showing previous text messages you've recieved from the same contact; and self-reorientation of the screen - switching between either portrait or landscape based upon how the device is held.

It's obvious to me that someone has dropped a large weight onto a PDA, Mac Book, mobile phone and an iPod and that this device is the result. It looks nice and it seems to be brimming with features. Let's hope they make it and soon. Where can I preorder one?
- Chris